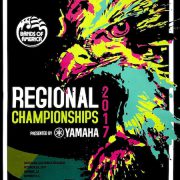 This weekend, the San Marcos High School Knight Regiment made history, performing and advancing into the finals round at the Bands of America Southern California Regional Championship.

This marks the first time in the history of the organization that Knight Regiment performed on the National circuit and, as noted by contest staff, it is relatively unusual for bands making their first appearance to advance into finals, especially in the company of the current Bands of America National Champion!

The Knight Regiment had 2 amazing performances on Saturday and we couldn’t be more proud of the efforts and accomplishment of the students, parents, and staff that led to this historic achievement.

Of the top 5 bands performing this weekend, Knight Regiment is the only one that has:

Of the top 5 bands performing this weekend:

The New Marching Tuba has Arrived!