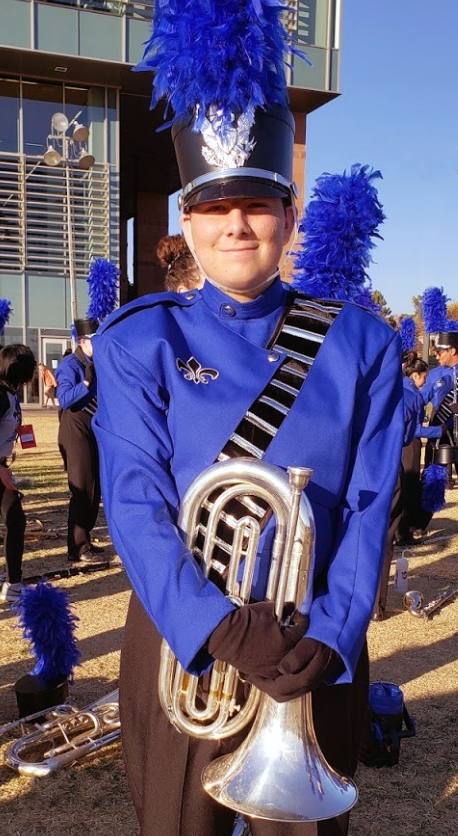 Bryce was a proud member of the SMHS Knight Regiment and band program from the start of his high school career. He made it into Symphonic Winds his sophmore year and also participated in Jazz and Pep Bands. He loved band and its camaraderie. In 2018, during his sophomore year, he was diagnosed with Leukemia and his fight began. Marching band played a large part in his fight, giving him goals he wanted to achieve – he was ok with all the treatment if it got him to the next marching band season!  With the doctor’s approval, he made it back for his junior year, and it was quite the season for him – he was thrilled to be back and marching in Utah. But sadly his Leukemia relapsed, and in April 2020, he lost the fight – there would be no senior year for Bryce.

We are honored to establish this scholarship fund in Bryce’s name, so that his love of music will live on at San Marcos High School. All graduating members of the Knight Regiment marching band program, as well as participants in the SMHS concert band programs may apply for this $1,000 annual scholarship.

Please consider donating to support one of Bryce’s greatest passions.