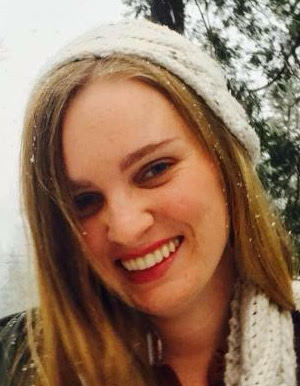 Ellyn King started playing clarinet in the band at San Elijo Middle school and her involvement in music grew in high school from a hesitant enrollment in marching band her freshman year, to participate in four ensembles by the time she graduated. Along the way, she took on several leadership roles (including Drum Major of the Knight Regiment Marching Band) as well as several new instruments. In addition to clarinet, Ellyn played trombone in the jazz band and euphonium in the marching band, which she would later go on to play in the World Champion Santa Clara Vanguard Drum and Bugle Corps.

Despite her success and enjoyment of music, music did not always come easily. In fact, one of her most meaningful experiences during her high school music involvement happened at the beginning of her freshman year. Due to the fact that she struggled severely with managing the movement components of marching band, her teachers considered moving her from the field for reasons of safety. However, after several weeks of remedial work, she was able to secure her spot on the field and went on to became Drum Major just two years later. This was a lesson in determination and perseverance she never forgot.

As she neared the end of her high school experience at San Marcos, Ellyn knew it was important to her to continue her involvement in the arts. She applied to several music schools for clarinet performance and music education. She was accepted at UCLA’s Herb Alpert School of Music and moved to Los Angeles to pursue her studies. The same year she also successfully completed her first audition with a World Class Drum Corp and was awarded a spot on the 2012 Santa Clara Vanguard horn line. By the time she graduated college, Ellyn had completed a Bachelor of the Arts and obtained Teaching Credentials in Music as well as completing three seasons with the Santa Clara Vanguard. She also had the great privilege of fulfilling her student teaching requirement at Lincoln Middle School in Santa Monica under the supervision of Director of Orchestras, Jim Wang.

As she moved towards graduation Ellyn knew she wanted to return to San Diego to give back to her hometown. She accepted a job at Old Town Academy in San Diego where she is currently working to establish an orchestra program and share her love of music with the next generation of budding musicians.